At the end of the day, our team is why we are able to deliver quality work on every project. Our team of Craftsmen have a wide range of experience, from modern materials to solid timber, and we’re constantly learning.

These are the people who produce the outstanding results for our clients and their projects. If you’d like to help create these results, please visit our Careers page to learn about joining our team. 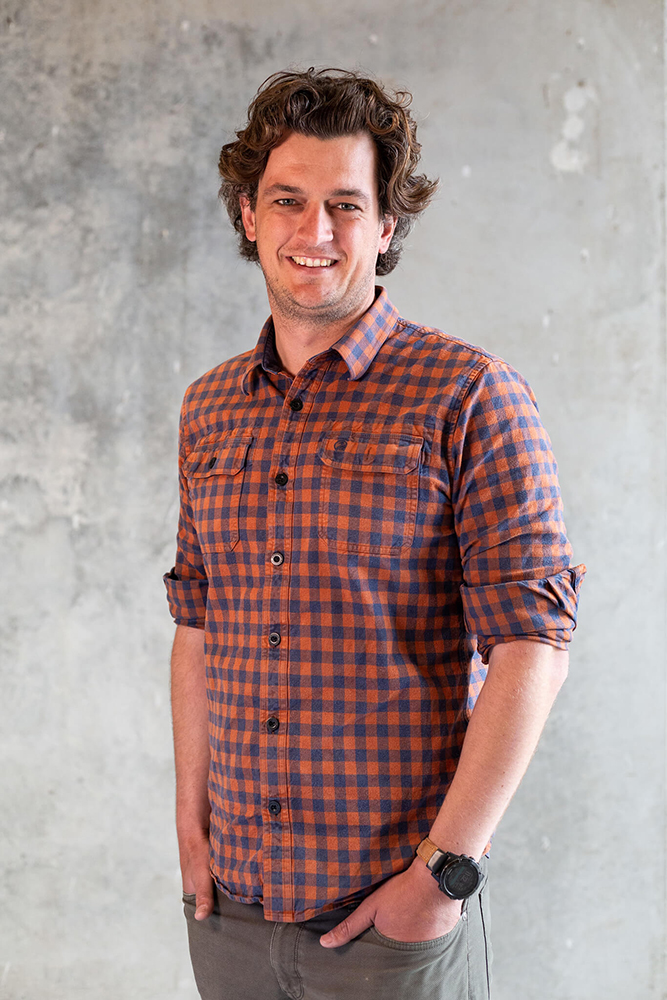 As a 5th generation member of the Lund family, Jamie’s memories of C. Lund & Son Ltd go back to boyhood when he spent many of his school holidays working in the company’s joinery factory and precast facility. Jamie trained and worked as a civil engineer prior to taking the helm at Lunds Joinery in 2019 and is now focused on ensuring the knowledge held by the factory’s long-standing staff is passed on to its younger team members. His experiences as an engineer – from ensuring the on-going safety of New Zealand’s aging hydro dams to advising construction companies how to assemble large, complex structures – have given him valuable knowledge of the modern construction environment, where things like 3D drafting and CNC machining are the norm. Jamie has a real interest in engineered timber products and prefabrication – and the exciting opportunities they present for the construction industry. He enjoys working as a team and loves seeing what can be achieved when people in the industry pool their skills and resources together. 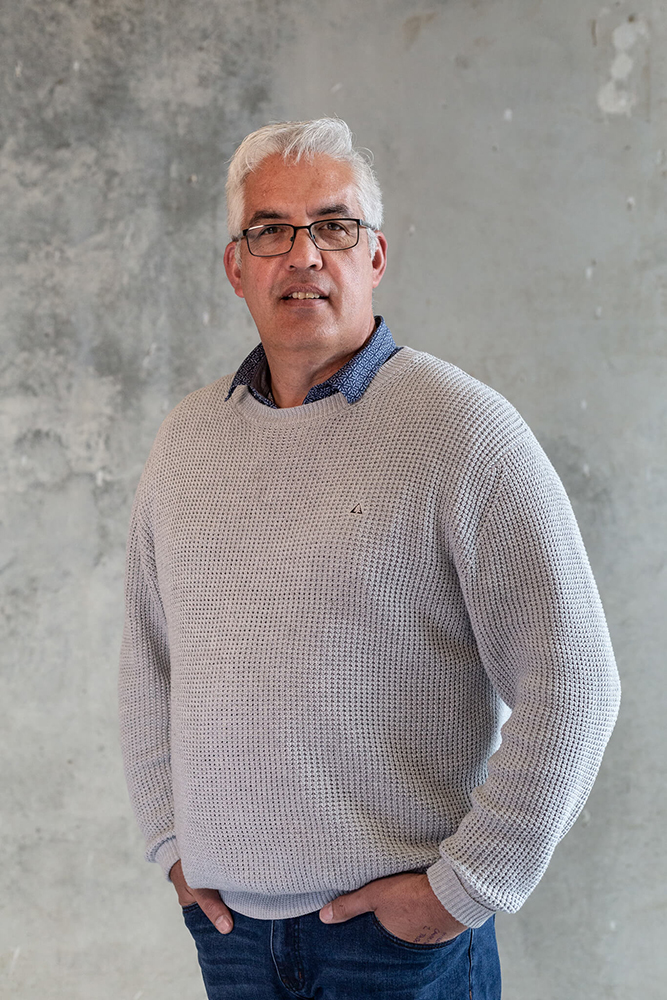 Mark knows the joinery trade from the ground up, and is the first port of call for new and existing clients at Lunds. As our commercial manager, he is responsible for sales, pricing and making sure we deliver exactly what our customers ask for. Mark is a deft hand at estimating the cost of projects; he loves a good spreadsheet and enjoys the challenge of figuring out the scope, volume, materials and timeline of joinery projects. It helps that he’s a trained joiner himself, having first graced our factory floors as a joiner in the 1980s, and that we now have computer programmes that help estimate materials and costs based on drawings. Mark says one of his more memorable projects as a joiner was helping to refurbish a huge kauri timber feature from the 1800s in Christchurch’s former courts buildings. 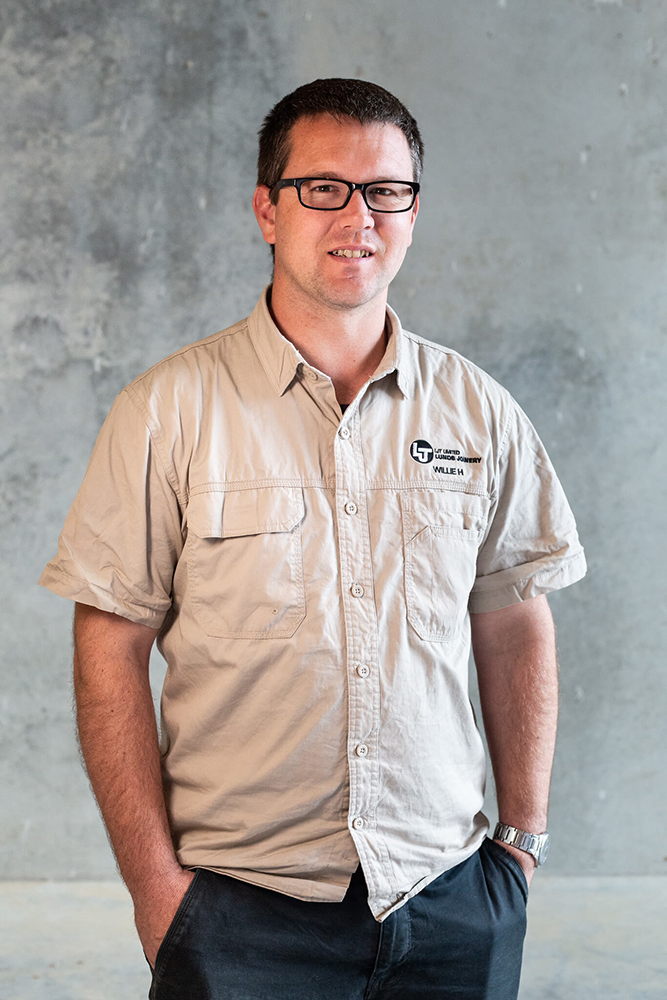 Willie knows the factory floor at Lunds all too well, having started his joinery apprenticeship with us as a fresh-faced 16-year-old more than 20 years ago. He’s still surprisingly fresh-faced (for a father of two), but has now dropped the tools for an office job upstairs. As one of the company’s two contract managers, Willie is responsible for overseeing Lunds projects from inception to completion after Mark, our commercial manager, has worked his magic with sales and pricing. A big part of Willie’s role is designing to clients’ specifications, which involves site measurements, creating production drawings and making sure the company’s CNC machines are programmed to do their jobs correctly. When he’s not at work or busy on his lifestyle property, Willie likes to head for the hills with a hunting rifle or to the coast with a fishing rod. 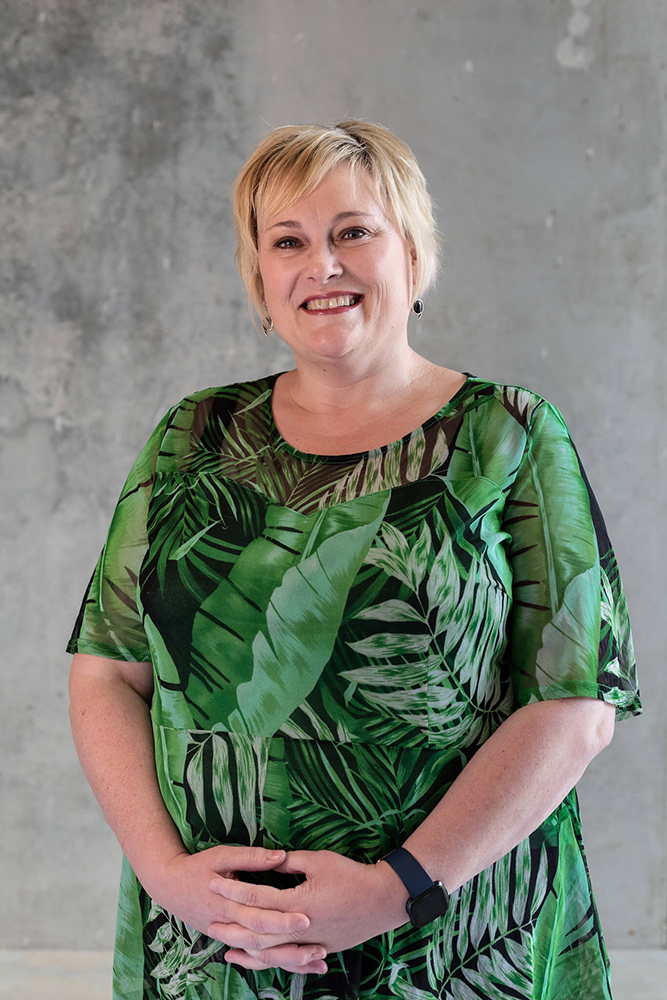 Liza describes herself as “an office manager on steroids,” which is fitting, as she is in charge of accounts, payroll, systems and administration. She also has the important job of keeping the Lunds team in check. Liza prides herself on being able to dig into any system or process, whether it’s recruitment or financial reporting, and figuring out how to improve it. She says working at Lunds has opened her eyes to the craft of joinery and she is happy to see the company is moving forward and embracing modern technologies without losing its core values of quality and craftmanship. Not one to sit still, Liza is currently completing a Bachelor of Business – majoring in accounting at Massey University. A gardening fanatic, she also runs a local gardening group and recently completed a National Certificate of Horticulture. 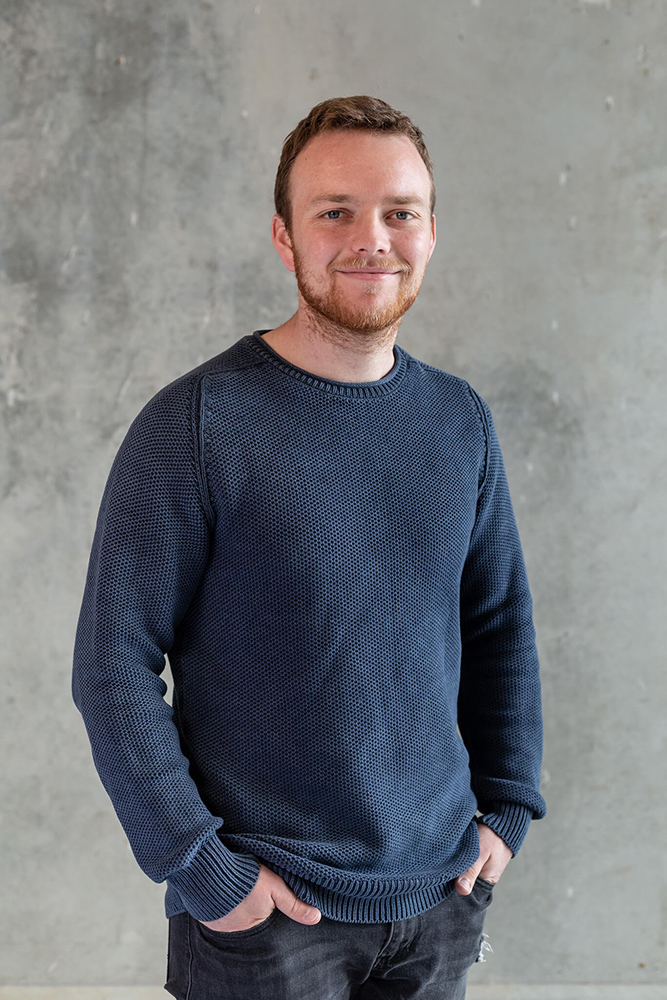 Scott first joined us as a joinery apprentice in 2010 and, after completing it, went on to become a qualified builder. Our commercial manager lured him back to Lunds in 2018, where he took a seat in our office as a contract manager. Scott now works with Willie when it comes to overseeing Lunds projects from contract to completion. Scott gained valuable hard skills through his trades, but enjoys the variety of his current role. He spends his days creating production drawings, ordering materials, coordinating materials and organising subcontractors. Every now and then, he gets back to a building site to conduct site measurements or help with installs. When he’s not at work, Scott enjoys spending time with his family, listening to music, fixing phones and other electronics, and also getting away somewhere quiet to go camping. 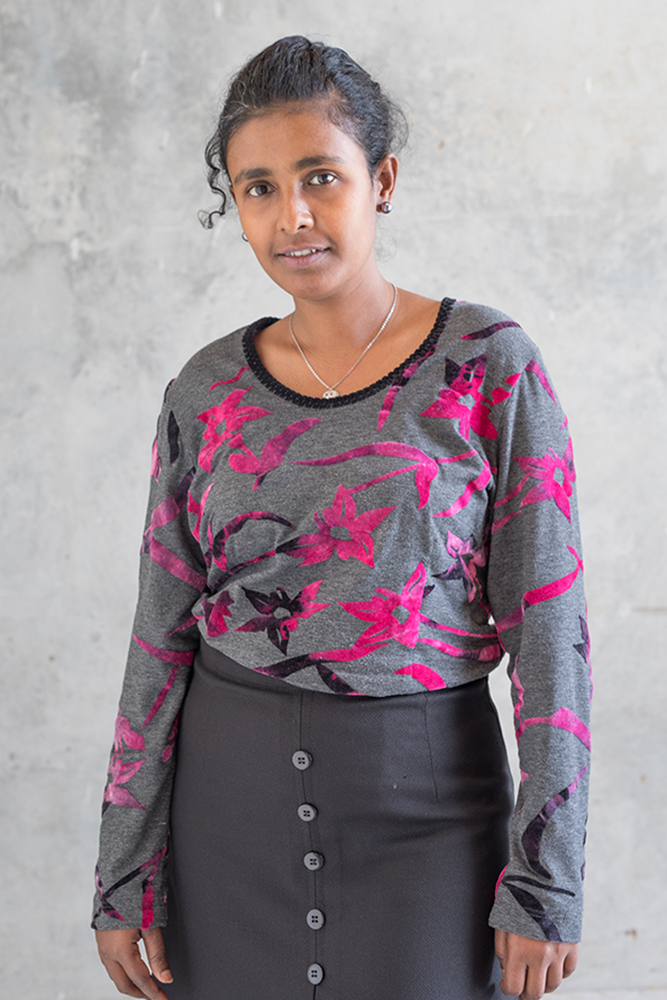 Manoji Joined LJT in 2021 as a Cadet Quantity Surveyor and assists Mark and Scott with the pricing and administration of our joinery contracts. After starting her career in Sri Lanka as an interior designer, Manoji has spent a large part of her career working on large civil and commercial projects in her home country. She moved to New Zealand in 2020 and after completing some training, started working for LJT in her new home town of Timaru. Manoji’s experience is an asset to LJT, particularly for high demand, complex projects like hospitals and retirement homes where there a several deadlines and large joinery packages to manage. When she’s not at work, Manoji likes Dancing, Gardening and Cycling. 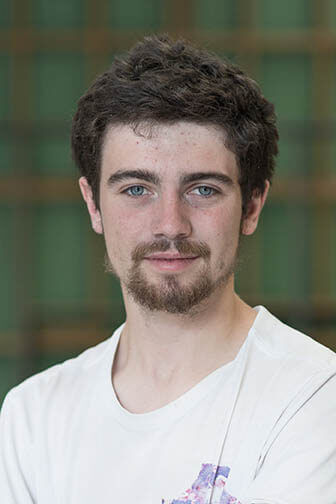 Jacob swapped hospitality roles for steel cap boots when he joined Lunds in October 2019 and has not looked back. As one of Lunds’ two apprentices, he enjoys being in a workshop and working with his hands – a welcome change from customer service. Jacob proved his mettle as a labourer before becoming an apprentice at Lunds by building kitchenettes and helping with some high-end installs. Jacob can see himself in working in the joinery trade long term and hopes to stay with Lunds for at least four years while completing his apprenticeship. He’s excited about the opportunity to work with and learn from highly experienced, qualified, and approachable joiners on the floor. 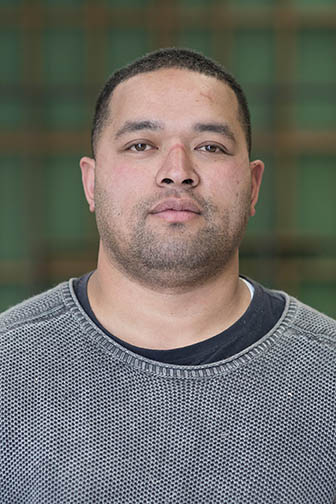 Tangi is the other one of Lunds’ two joinery apprentices and is enjoying soaking up new skills on the shop floor where “every day is different.” Tangi has always been interested in how joinery elements, such as kitchen units, are constructed from start to finish. Now, thanks to our apprenticeship program, he’s involved in the process. In his first six months, Tangi learned how to use numerous machines such as the table saw, buzzer, thicknesser, bandsaw, four siders, drop saw and edge bander. Now he’s onto new challenges – and not looking back. Tangi plans to finish his apprenticeship with Lunds, where the team is “like a second family.” After Tangi heads home for the day, he continues proving his new skills while working on DIY projects around the house. 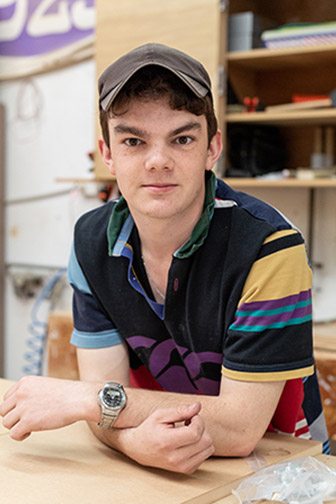 Robert started on work experience from Timaru Boys High School in 2020 and after completing his final year of school he took up an apprenticeship with LJT. Robert is extremely passionate about solid timberwork and joinery inside and outside of work and he has taught some of our more experienced staff a thing or two about the care and maintenance of hand tools! As our youngest apprentice, we are happy to have Robert on the team. We’re also lucky to have an in-house photographer in Robert, who has a large and impressive portfolio already.

When you want to make a real visual impact or have a complex joinery project or challenge, we are the people you want on your team. Please get in touch to discuss your project. We’re excited to hear what you have mind.